At Villa Caritas, the unit that houses patients suffering from dementia has a special decal that covers the entire wall and, most importantly, its exit doors.

A new vehicle at Villa Caritas improves quality of life for patients thanks to funding from Covenant Foundation. Villa Caritas is the largest provider of acute geriatric mental health services in the province, serving 150 seniors. 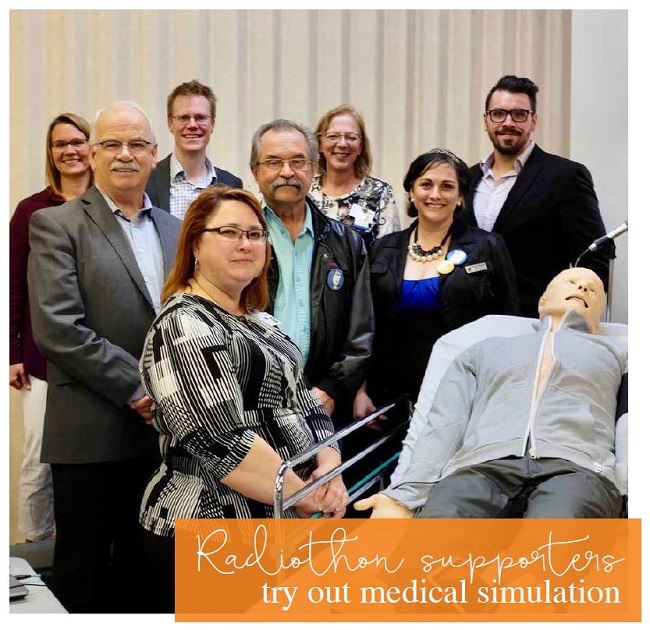 Attendees mingled over light refreshments and talked about highlights from the radiothon, which was a nine-hour radio event featuring stories of hope, healing and innovation. The presenting sponsor was Lakeland Respiratory Consulting Services Inc. and each “power hour” was a time slot in which local organizations sponsored an hour of programming. 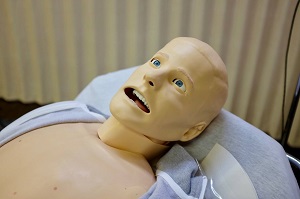 Most agreed the high point was when, as promised, Mayor Myron Hayduk had his full head of hair and moustache shaved off on live radio because the radiothon had surpassed its goal of $25,000. The fundraiser went on to collect an astounding $59,000.

After remarks from Covenant Foundation and Community Board Member, Taneen Rudyk, the group of about 40 people enjoyed a simulation by Dr. Edgcumbe with the recently acquired mannequin, named Carey. The programmable figure was “complaining” of being in pain, which led to vomiting.

“It was a great event that enhanced communication between the local community and our medical community,” says Edgcumbe. “We want them to feel proud of this simulation centre, and to feel like they’re active partners in their own health.” 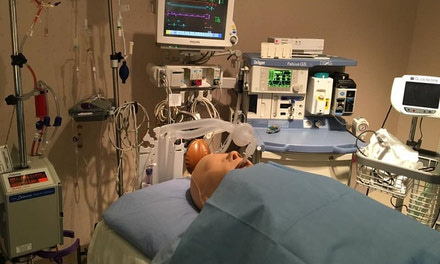 At Grey Nuns, the Northern Alberta Vascular Centre played host to Vascular Health Day, as proclaimed by the City of Edmonton. Patients, health care professionals, government and community gathered to practice and learn. 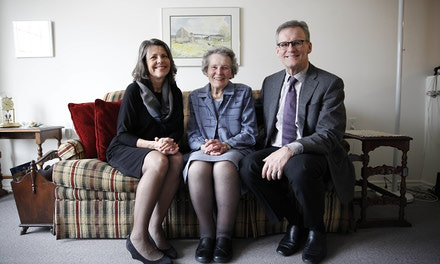 Chapple Family Invests in Education for the Next Generation of Nurses

Nurses and health care aids at St. Joseph's Auxiliary Hospital in Edmonton have access to scholarship funds for further education thanks to a generous gift from the Chapple Family. 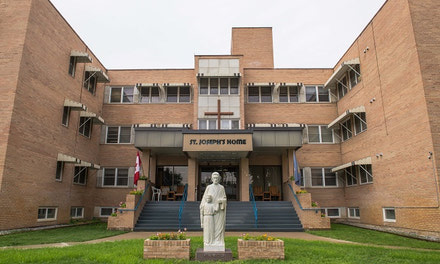 At St. Joseph's Home in Medicine Hat, a palliative patient beloved by the community reaches our to enhance comfort for those that come after her.